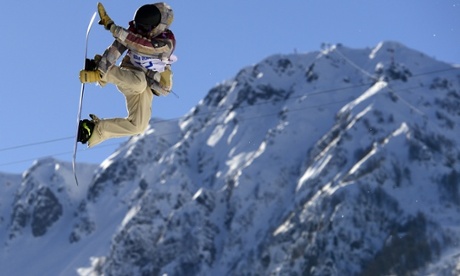 I’m always amazed by how you can find inspiration unsuspectingly in everyday life.

That happened this past weekend watching the Olympics. I don’t necessarily assume a gold medal recipient is a leader, per se. However, once in a while how someone got the gold can teach us a lot about our own lives.

Take Sage Kotsenburg, the United States’ first gold medal recipient and winner of the men’s slopestyle snowboard event at the Sochi Games. His performance was clearly special — I’m no downhill or snowboard expert and I could tell, plus the commentators raved about his performance more than for the other snowboarders.

Then came the interview just after he won. A journalist asked him what he thought contributed to his win. He said it was the 1620 Japan Air Mute Grab. “I had never, ever tried that trick before in my life,” he said. Further, he had decided just minutes before the run to give it a try. 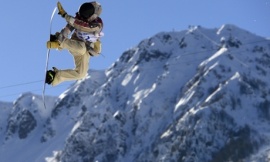 You won’t have to look very far to see him performing this jump now, which involves spinning four-and-a-half times in the air while grabbing your snowboard and arching your back.

I couldn’t believe it, almost scoffing that someone would make such a last-minute, unpredictable decision during the Holy Grail of sporting events.

But silly me, that’s the point! Greatness, true greatness, is taking risks. It’s also knowing yourself so intrinsically that you can make use of complete insanity just when you need to — those gems set you apart from everybody else. Nothing breeds motivation like necessity, and he knew he had to do something special being the underdog at the event.

So, now my husband and I playfully walk around the house telling each other and the children to, “Find your inner Japan Grab!” as we head off to school, work and workouts.

What we mean is, “Be hungry. Dig deep. Find and do that absolutely unique thing only you can do and wow the world.”

Sage literally found his inner Japan Grab, because he knows himself and everybody has the same impression of him as he does of himself: laid back, trying new things all the time, not worried about much, but willing to risk it all to keep it fun.

Most of us are a bit numb to who we really are so this post will start a series for the next weeks where I’ll ask you to answer some easy questions about yourself so you are sure to find your inner Japan Grab.

In the meantime, think about what sets you apart from everybody else. There is something.

“Only those who will risk going too far can possibly find out how far one can go.” — T. S. Elliot

View all posts by Christine McLaren